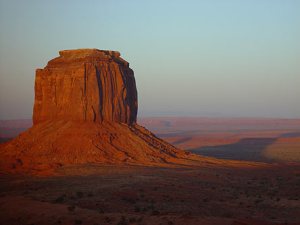 Look at this plateau.  LOOK AT IT!  Pretty, isn’t it?  What with the light of the setting sun, the color of the red rocks, and the view going as far as the eye can see.  So serene, so inspiring . . . okay, so it’s technically a mesa.  Or perhaps a butte, I forget which.

In any case, you better get used to that view, because at some point you’re going to reach one of these and have no idea where to go afterwards.  If I may beat a metaphor to a horrid death for a moment – Trying to lose weight is like climbing a mountain covered in thick fog.  You can’t see the top and after a while you can’t see where you started, and if it wasn’t for gravity you’d lose your sense of direction all together.  But after awhile you get into the swing of things, and you find yourself climbing faster and taking fewer breaks.  “All right,” you say to yourself, “I’m doing pretty good at this.”  And you sort of lose track of time after the first couple of weeks, and then you reach a point; a nice flat area.

I’m getting to the point. Just hold your horses.

And you’re happy because you don’t have to climb anymore.  So you start walking, thinking that the rest of the way up should be easy.  But after awhile, you start to realize that you’re walking on level ground and not making any progress.  Soon, you start to see your own foot prints and realize that you’ve been walking in circles.  WELCOME!  You’ve just hit your first weight-loss plateau, and I declare this metaphor thoroughly murdered.

“Oh metaphor, you served us well.”

Everyone on a weight-loss plan who aims to lose fifty pounds or more is inevitably going to hit one of these spots.  You’ll start to find that, although you’re doing the same exact things that helped you lose the first chunk of weight, you stop losing any more weight. But this is a good thing.  Getting to this point means you are actually losing weight, gaining stamina and building muscle, and you should be proud.  Most people don’t even make it this far.  But it can also be very frustrating, especially if you want to lose more.

The human body is a resilient and highly adaptable thing.  If put in a constant state of stress, the human body will change, grow and compensate in other areas to be able to handle the strain that is being thrust upon it.  This is what we’re aiming for; to not just change how your body looks, but to change how it reacts to the world.    But as your body adapts, and you find yourself not being so hungry all the time, or find that your can run five miles before getting tired, you will stop losing weight because your body has adapted to suit your new lifestyle.  It no longer feels the strain of your efforts, and no strain, no weight loss.  So what’s the answer?  Well, we’re just going to have to bump it up a notch. 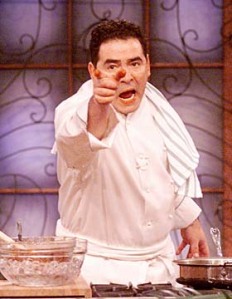 To keep shedding pounds off of your adapting body, you will need to change your meal plan and exercise regime to ensure that you always have to work hard.  This is where all that ‘Setting Goals’ hullabaloo comes into play: You must always be striving for goals that are just out of your reach.  By retooling your diet and exercise regime to be a little more extreme, you can once again start losing weight.

There’s some good news and some bad news with changing your diet to overcome a plateau.  The good news is that it’s not all about eating less food.  I know that to make it this far, you feel like all you’ve been doing is drinking some water and licking some fruit every now and then, so the prospect of having to eat less can be daunting to say the least. 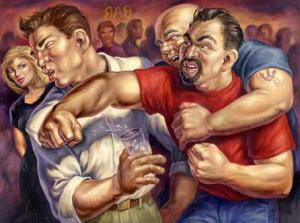 But it’s not all about eating less, it is also about reexamining your meal plan and finding the foods that are working against you.  When I first got serious about losing weight, my meals consisted of rice, chicken and vegetables, which is a perfectly healthy diet.  But once I reached my first plateau, I realized that the carbs from the rice were causing me to keep on some weight, so out they went.  Then I switched to a diet made almost entirely out of protein and I was able to lose some more weight.  Now my diet is mainly comprised of fruit, salad and vegetable soup and I’m getting past my current dry spell. It’s why keeping a food journal can be so crucial to weight-loss.  If you hit a plateau, you can go back over the last six weeks or so and start looking at exactly what you are eating that could be tossed aside.  Do you really need to be eating five whole chickens a day?  I think not!  Do you really need to drink an entire bottle of tequila before you go to bed?  I do, but you may not have to, so get rid of it!

The bad news is, while it’s not all about eating less, it’s mostlyabout eating less.  I have found that over the years, my portion sizes have gotten smaller and smaller.  You have to be very careful to keep a balance between portion sizes and calorie content (e.g. – Eating a small amount of a high fat food, like peanut butter or . . . I don’t know . . . bacon) so you’re never undereating.  This is where counting calories can help as the numbers don’t lie.  But you will have to put yourself in a pretty monkish type of head space because every time you alter your diet to compensate for your new body chemistry, the stronger your cravings for ridiculous amounts of unhealthy foods will become. 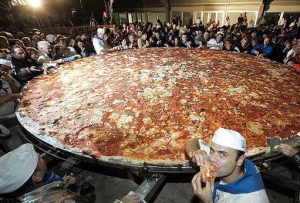 “Well, this is what I’m having. What are the rest of you going to order?”

Pumping up your work outs may seem easy (run a bit more, lift some heavier weights) but when it comes to getting over the weight-loss hump, it won’t be enough.  It’s not just about jogging a few extra miles or staying on the exercise cycle a bit longer because it’s not just about how much you exercise, but how intense your exercise is.  BACK TO THE HEART RATE CHART!!!

Working out for longer is one way to overcome the hump, but to make it really effective you will have to work out for twice as long to burn that much more calories.  On the other hand, you could work out for the same amount of time but burn twice as much by raising your heartrate into the next exercise zone.  If you’re working at 60%/Weight Control Zone, start working to get into the Aerobic Zone.  If you find yourself in the Anaerobic Zone more, go balls to the wall and get into the VO2 Max zone (although if you can last a half hour in the Anaerobic Zone, you’re in terrific shape).  By getting into a higher exercise zone you can burn twice as many calories in half the time it would take you to at in a lower zone.

Did it just get redundant in here?

If you run, run faster, or advance from running/walking to sprinting/running.  If you climb stairs, start skipping every other step (or every two steps, if you can do it safely).  If you swim, don’t take a breather until after ten laps, instead of five.  If you lift weights, try to do more reps with heavier weights with fewer breaks.  Another option is to start wearing weighted clothing or filling backpacks with weights.  Adding back on the weight you lost and then some will instantly make your work outs more intense.

Which isn’t to say you shouldn’t be working out more.  At my most insane, I was working out twice a day, five times a week, and for an hour one day on the weekend. Some of them were very intense, while some of them were simple and easy and just enough to get my heart pumping a little faster than normal.

And always, always, always push to surpass how far you got the day before.  But don’t hurt yourself either.  The point is to set your goal just out of reach, not 18,000 miles away.

But would you like some advice? TOO BAD, YOU’RE GETTING SOME ANYWAY!  When you hit a plateau, take some time to rest.  I’d tell you not to let your rest time last more than two weeks, but frankly each of my plateaus has lasted at least six months.  I have found that I simply can’t keep a weight-loss plan going for more than three months.  After that, I get the itching feeling that I am missing out on life while I’m in my room doing push ups.   Dedicating a season to losing weight and sticking to it is a big accomplishment, and hitting a plateau is your body’s way of saying, “Good job there, buddy!  Now take some time for yourself because I’m going on vacation.” 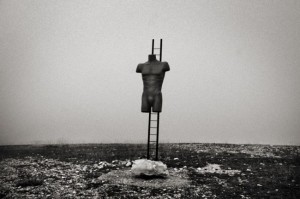 Which conjures up this image in my mind, for some reason.

But it’s more than that; it’s also about learning to reintegrate with the rest of society.  After a month or two of doing nothing but working out and eating right, a person can tend to become a hermit.  Taking a break will get you back out on the town, giving you a great chance to show off your progress (and trust me, even if you don’t see it, there’s been progress).  This will also give you a chance to work on your will power.  It’s easy to eat right when you have everything prepared beforehand, but it’s not just about your body.  Becoming and being fat (as hard as it may be to admit) is a lifestyle and has a lot to do with how you interact with the rest of the world.  Yes, putting yourself into an environment where you can slip back into your old ways of eating everything you can get your hands on is dangerous, but so is putting on a weighted backpack and sprinting up a flight of stairs, and you were getting ready to do that not but three minutes ago.  There is danger everywhere, and you’ll never be truly free unless you meet it head on.

As you get closer to your goals, the more your body will adapt and evolve.  To actually obtain your goals, you’re going to have to evolve everything else about you:  Your methods; your mindset; your aspirations.