In my short 26 years on this earth I have lived in two countries, four states and ten cities, and I have moved at least fifteen times.  In the past decade alone I have lived with twenty-one people in five different apartments.  The lessons I’ve learned have added a few beliefs and habits to my repertoire.  Some of them include a cold-hearted detachment to the people around me and the automatic mistrust of every single person I encounter. 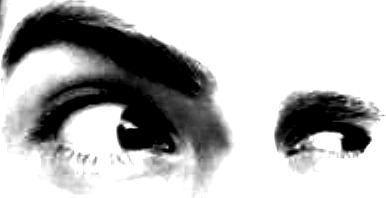 But on a much much more encouraging note it has also left me with a set of rules and guidelines that make living with other people (whether you have previously known them or not) a tad bit easier.

Chart of Chores, a.k.a. Every One is Getting Screwed At Least Once a Month!

I understand that waiting to wash the dishes until you have used every single dish in your house (very fun actually, especially when you attempt to drink apple juice from a pasta strainer) doesn’t lead to good roommate relations, nor is it very hygienic.  So creating some sort of system to regularly clean the dishes is the best idea.  “Why don’t you just wash the dish right after you use it?”  Look, I’m trying to be serious about this and you’re over here cracking jokes; I’m lucky enough to remember to put on my pants before I go out the door.  More structure is needed, something that goes beyond trying to remember who is next in line to clean as I just demonstrated with the open door sans pants example.  A chart works wonders for this and can include more than just dishes.  Taking out the trash, vacuuming, cleaning bathrooms, dusting, taking blood and urine samples, feeding the gnome kept in the attic; anything to help keep the house straightened.  The chores can rotate so that everyone always does each chore just once a month thereby ensuring that although you will be stuck cleaning your roommates’ messes at some point, the rest of the time they be cleaning up after you.  Just don’t take it too far, like, “CLEAN MY SHOES FOR I AM YOUR LORD AND GOD!” 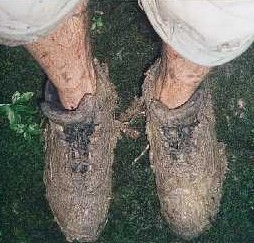 "You'll be better off not knowing what I was doing."

Ability to Pay Rent, Because Not Every One Understands the Obvious

I’d love to live in a world where I didn’t have to pay rent.  I’d also love to live in a world where bacon helped you lose weight, Paris Hilton and Michael Bay had to clean every sewer on Earth with their tongues and receiving oral sex was a mandatory part of my employment.  Alas we don’t live in a magical world of rainbow dreams and sunbeams so regular payment of rent is required.  Yet there are many people who seem to think that paying rent is like extra taco sauce: completely optional.  But there’s these things called contracts and the ones for apartments called leases (I know all these new words are scary, but stick with me) and that these “leases” have been around for awhile and can be pretty airtight.  So you not paying rent is like . . . look, no more fucking sarcasm with this one.  Pay your fucking rent.  If not, move into your parent’s basement so we can all know what a fucking freeloader you are.  (People hit hard by this economy and haven’t been able to find a job in years excluded from this one.  You’re the heart of America, keep courage.) 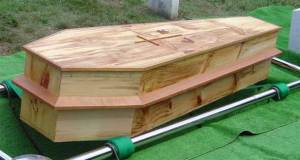 "Yeah, can you do something about that?"

The list of things that were impossible to live with: having sex on the couch at 8pm while all the roommates were in the house, misusing or stealing my stuff, not paying rent (PAY YOUR FUCKING RENT), and endangering my safety.  The list of things that you can’t (and shouldn’t) live with is a shorter list compared to the things that are merely difficult to live with.  Roommates have always complained about each other’s ticks and idiocentrices, but I think it says more about the person who is unwilling to live them.  It’s important to make the differences between these two categories very clear if you are going to live with someone.  The trick is to remember that for every single thing they do that’s annoying to you, you do something that’s annoying to them.  They sing badly, I snore.  They leave doors unlocked, I’ll rearrange the furniture without warning.  They chew with their mouths open and I hate them for chewing with their mouths open.  It’s a “Give and Take” sort of thing.  It may not help to keep you from being aggravated by this stuff but it will help you let go of those grievances sooner.  As for any other urges you might have to murder your roommates, I can’t help you with that one the remedy differs from person to person. 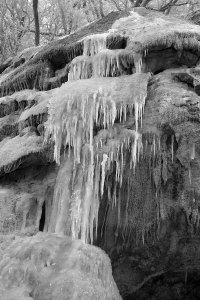 Listen (or read, or record yourself and then listen to it, or press here), it’s hard enough just living in the world as life tries to rape you up the ass as often as it can and though it may not seem like it we are all in this together.  Being respectful and understanding, even for five minutes, can be the difference between bonding with your roommates and putting a voodoo curse on them (and those never work).  Being straight-forward with them, while ensuring some awkward moments, helps rid the roommieship of any bad blood and keeps issues from festering. 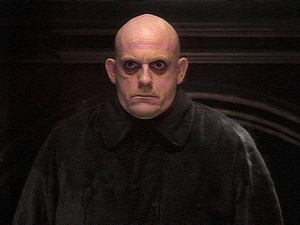 The killer of roommate relations.

But this is the most important part of this list because in the end you don’t need to be friends with the person you live with, you just need to be able to stand them.  And if you’re respectful and forward, you will label yourself as a trustworthy and reliable person, which, now that I come to think about it, is all I really want from a roommate.  But paying rent and not chewing with your mouth open is a very, very close second.

1 thought on “On Roommates”